I came across this stack of pre-cut card bases and adorable stamped and cut-out unicorns.  With a little free time, punches, dies, and stamps, I created a bevy of beautiful cards by the next day!

My favorites in each color scheme (It’s hard to see, but the blue cards have beautiful metallic silver cardstock clouds!):

All of them in all their glory:

A little out of season, but oh, well.  This was a UFO I first blogged about here. I finished it a few months ago as I started cleaning out our guest room/my scrap room to turn it into Baby Girl’s nursery.  (Ummmm, it’s still a huge mess and not even remotely set up for her yet…)

The title is a Silhouette cut, as is the snowflake flourish.  I backed the cutout “YOU” of the title with vellum so you can see bits and pieces of all the fun layers.  I used an older BG collection, and layered tags (kind of like Christmas gift tags, I thought) underneath. 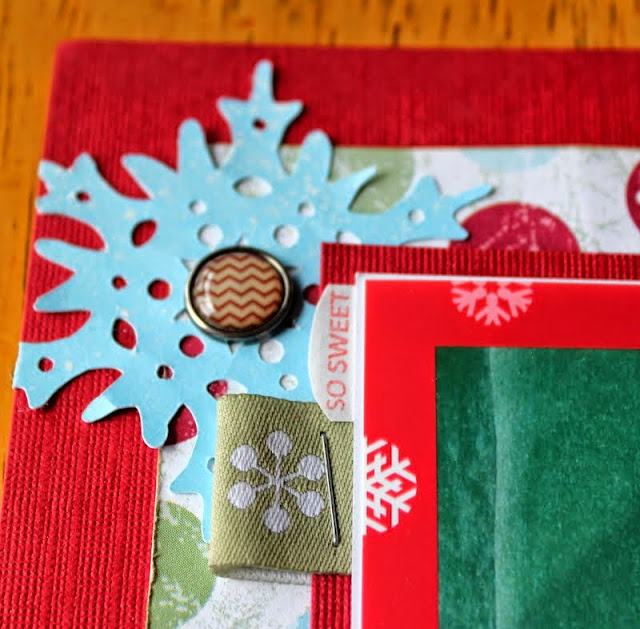 Some simple accenting with misting and stamping, brads and tabs, and voila, this UFO was finally finished! And now, finally blogged!  LOL  TFL!

So in my quest to finish the unfinished, I am keeping it simple.  We are having an amazing, but busy summer, and I am trying to declutter and clean up my scrappy space by finishing some of these layouts that have been laying around for FAR too long…  so I just figured simplifying my already pretty straightforward style was probably a good idea.  Here’s the original UFO: 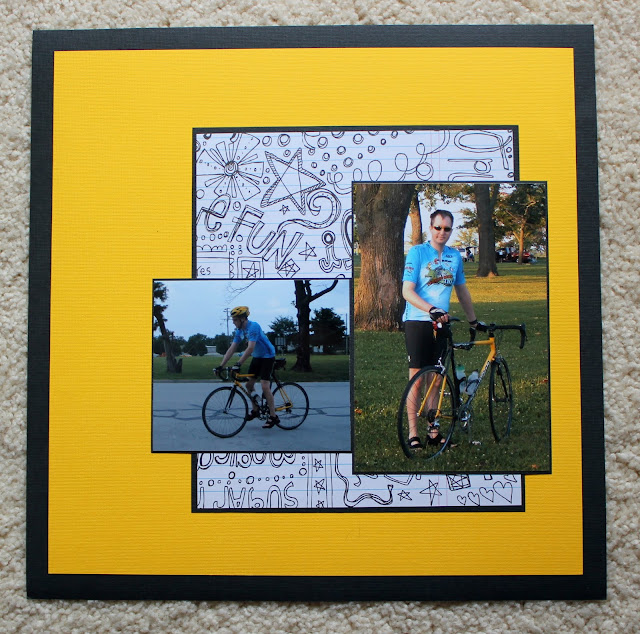 And the finished layout: 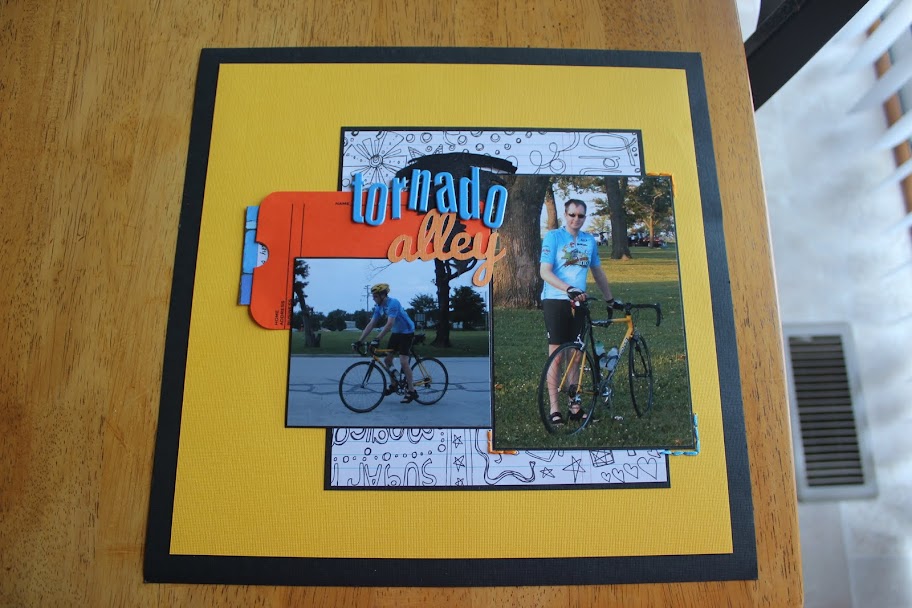 I found some simple clipart of a tornado online and traced it in my Silhouette Studio software to cut it out.  Then I misted it with some silver Mr. Huey to give it a litle distressed, grungy texture.  I chopped up an 8.5 x 5.5″ orange file folder to create a pocket for some hidden journaling (which discussed how T rode for 110 miles through three states, and how this ride will probably never happen again, as it was in July 2008, 3 years before the devastating tornado went through Joplin, where the ride was based.).  A little handstitching on the corners to bring a bit more blue and orange in, and…DONE.  Check one off the list! 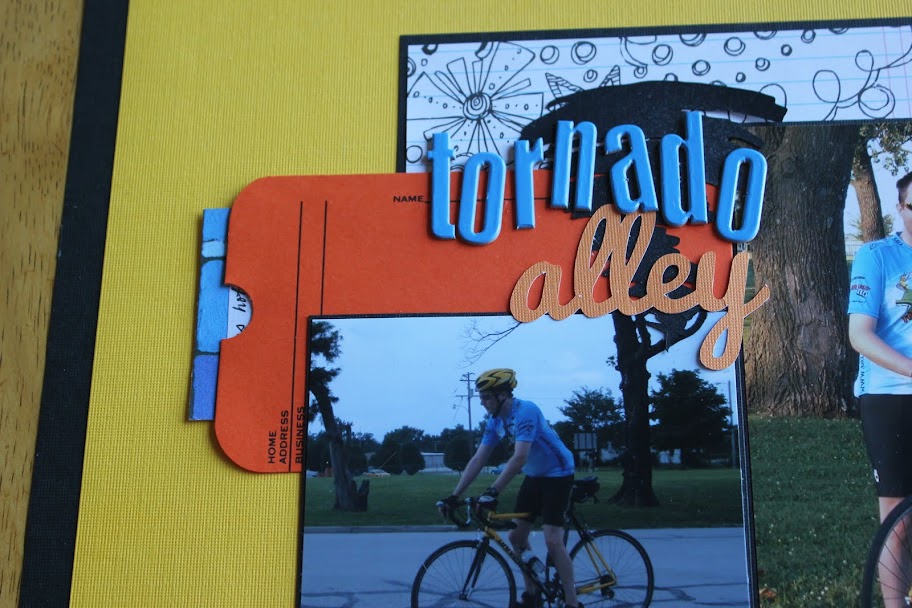 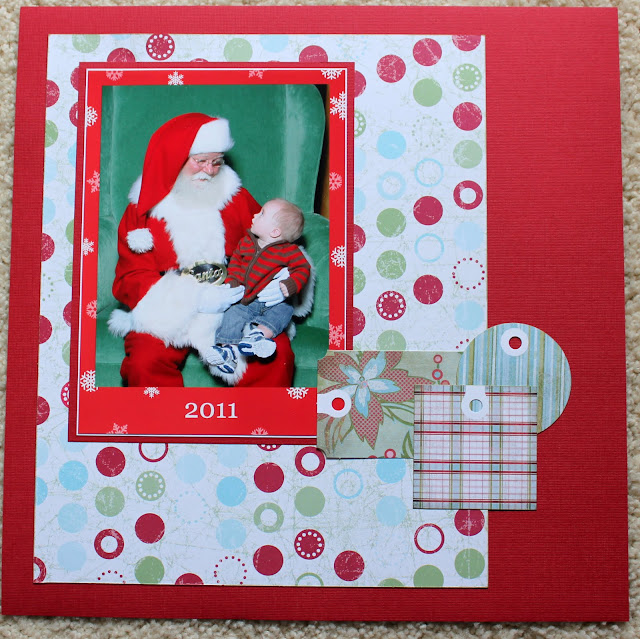 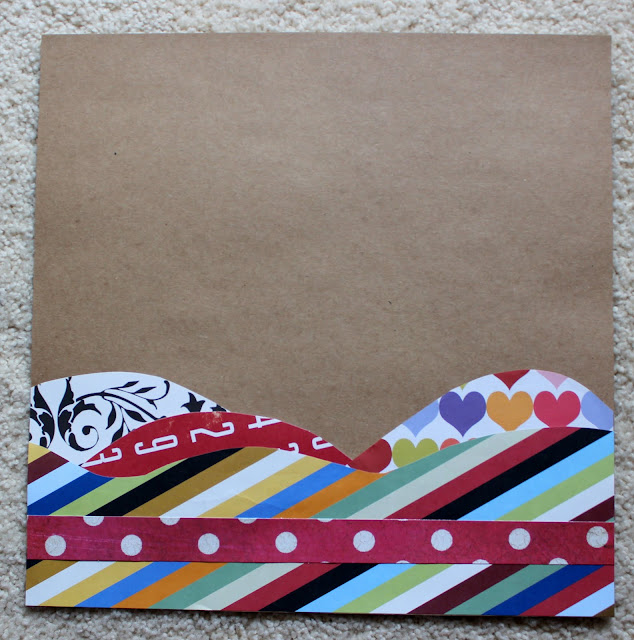 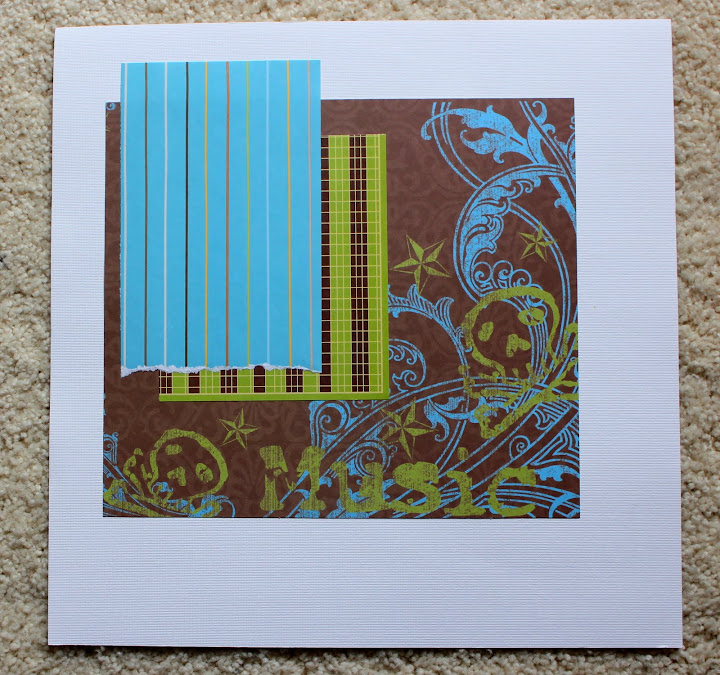 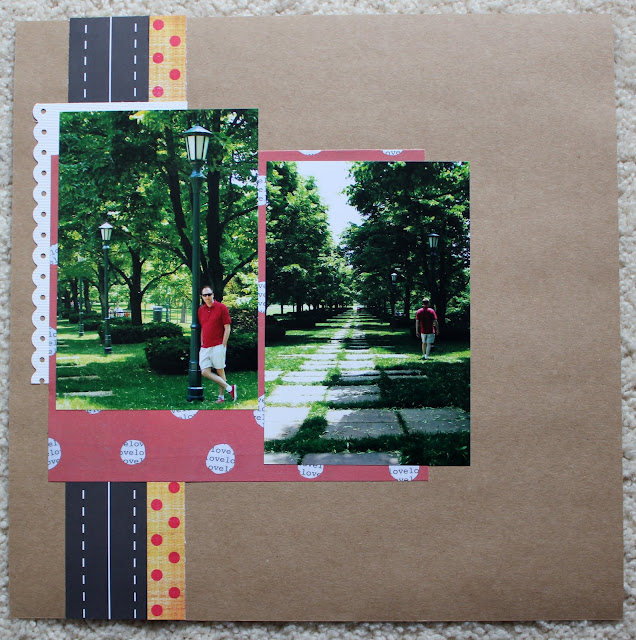 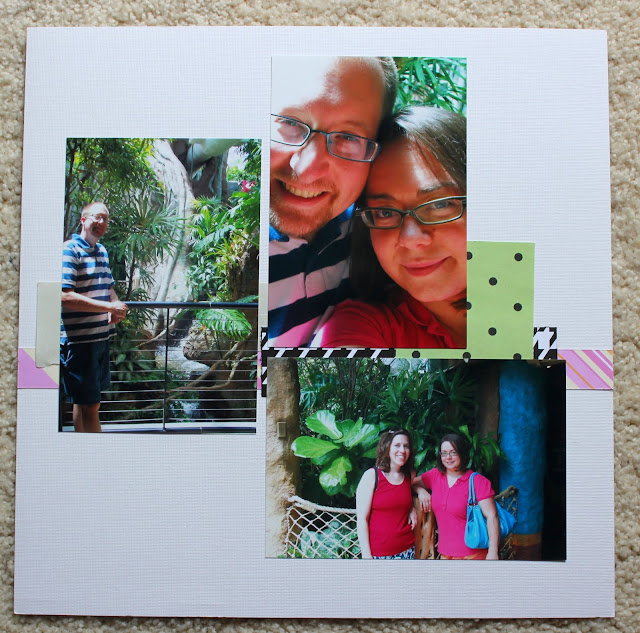 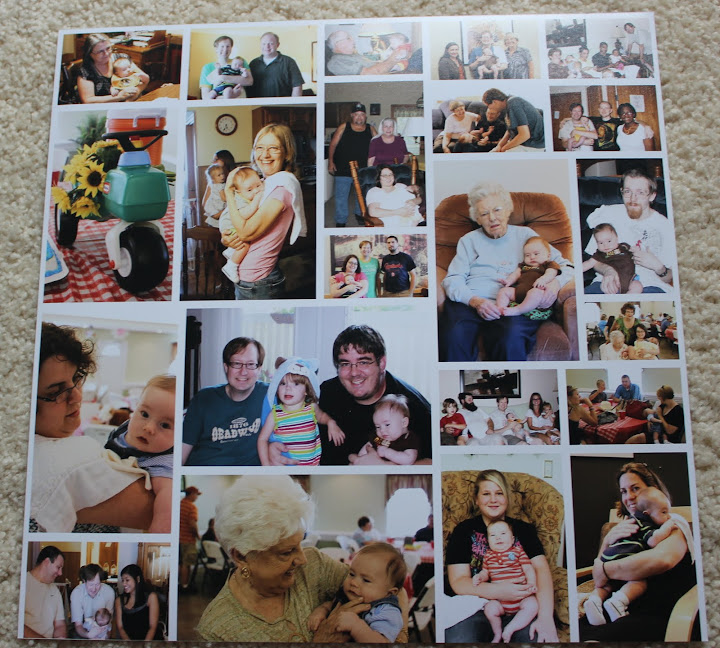 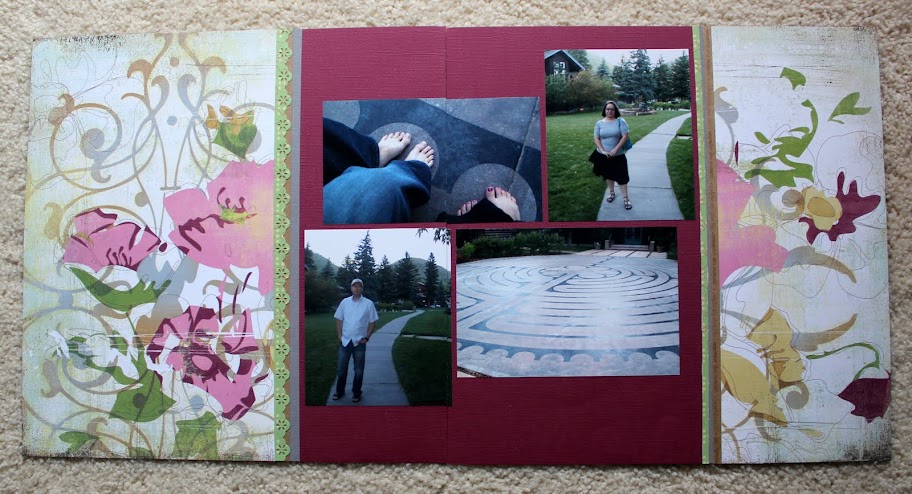 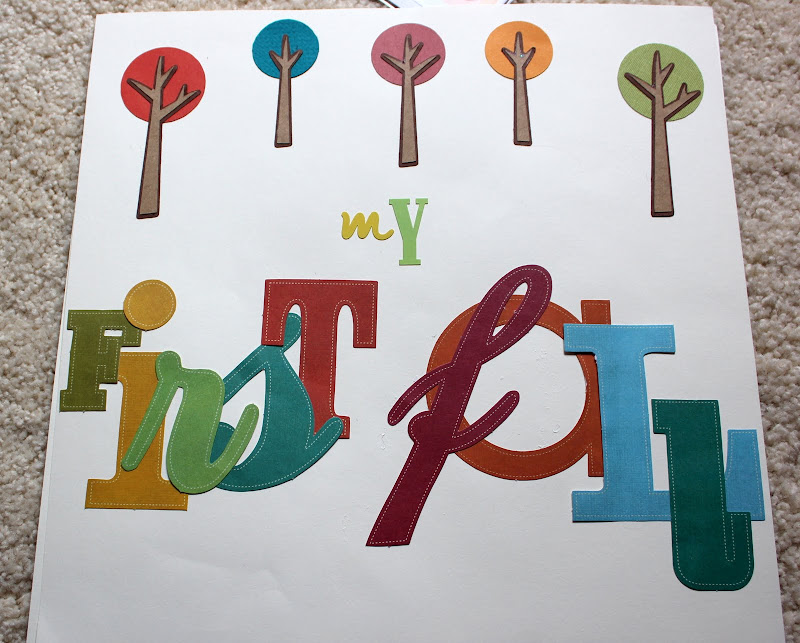