If these photos look familiar, that’s because I blogged about this trip here.  I scrapbooked it a couple of months later, and am finally getting around to posting that!  (I used an Allison Davis sketch, but can’t remember which one, now…  Sorry.  But they’re all fabulous, so go use any of them!)

The sun and clouds are Silhouette shapes–the clouds were originally all regular puffy clouds, but I used the knife tool and sliced off the bottoms on some for the more current flat-bottomed cloud look…  I was really excited about my paper mixing for this layout, although now I wish I would have used 2 sheets of that teal Bo Bunny double dot paper for the background, instead of the white.  Oh, well, not redoing it now!! 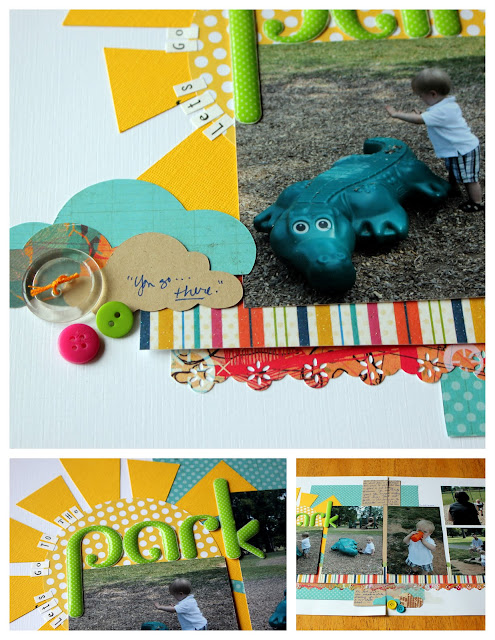 Final favorite detail?  I got to use a few more of my favorite alphabet stickers of all time (I only got 1 pack before they were discontinued, too, boo!).  The “franken-k” is made up of a cut-apart “h” and “x.”  I don’t think you could tell if I hadn’t told you that…  I hope not, anyway, I plan on doing that until I’ve used every last letter in that pack. :-(  TFL!