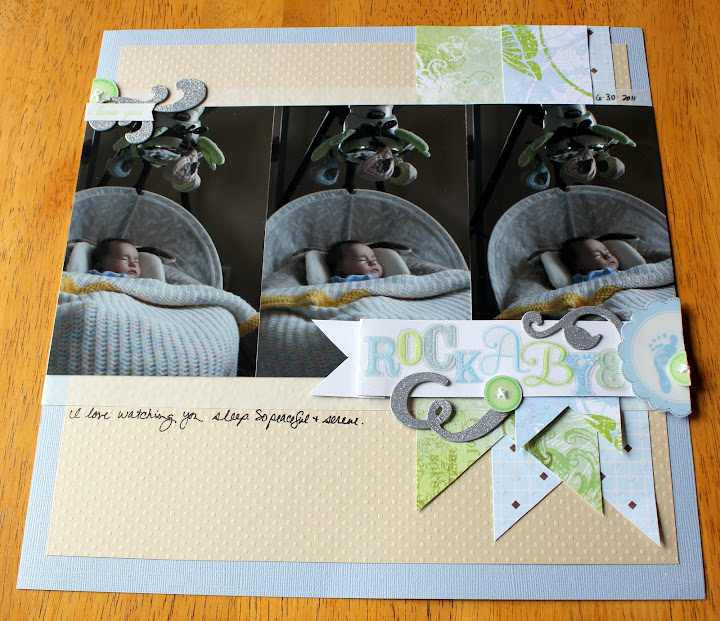 This was the magic anti-colic swing that enabled you to finally take naps during the day without having to be on our chests (though we still did that pretty often since we often needed a nap, too).  You had a hard time getting to sleep, and staying asleep, and when you were awake, you were often not feeling so hot at this point…  so being able to watch you sleep, peacefully, for a good stretch, made this swing worth every pretty penny it cost.  (In fact, every once in awhile, we still use it, as it holds up to 26 lbs.  I don’t think you’ll be outgrown of it before Sissy arrives in February!) 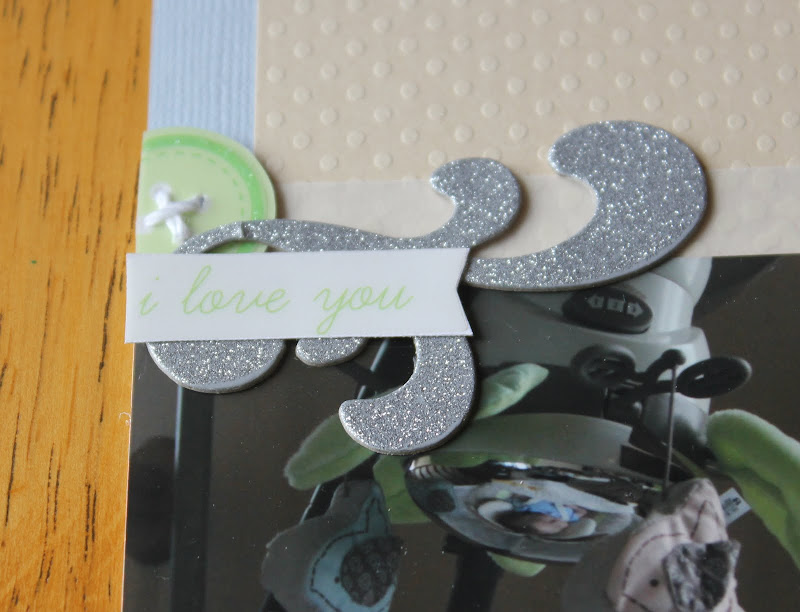 I used this sketch by Jana Eubanks. The buttons, sentiments, scalloped circle, and alpha were all from a sticker pack my friend Ali gave me when she met Bubby.  I mounted them on white cardstock since they were slightly translucent, and added 3D detailing where possible (like the stitching and banners), to dress them up.  I put a lot of banners on this layout, and used plenty of foam tape to make the layering a bit more fun.  The silver chipboard swirls were $1 at Target, and I barely made a dent in the package!  TFL. :-) 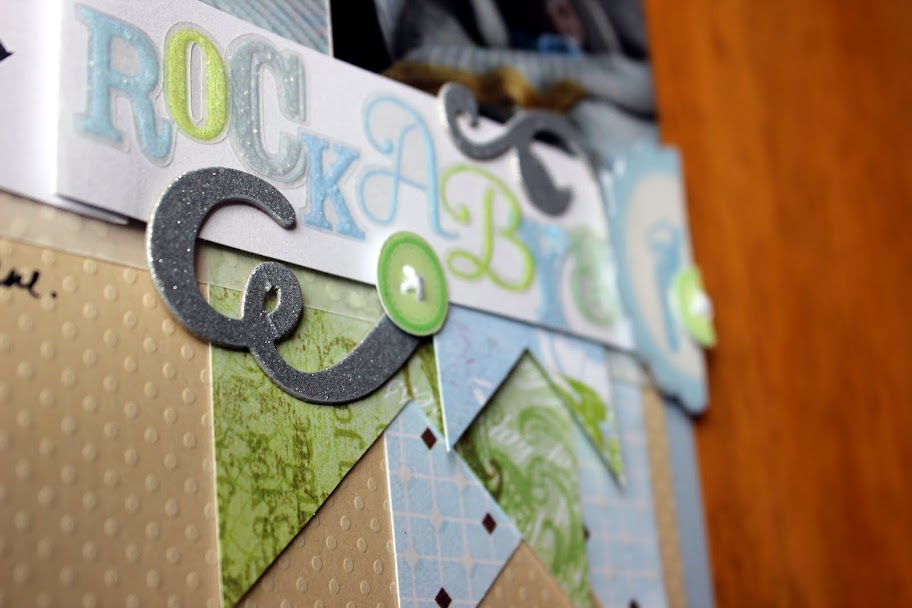