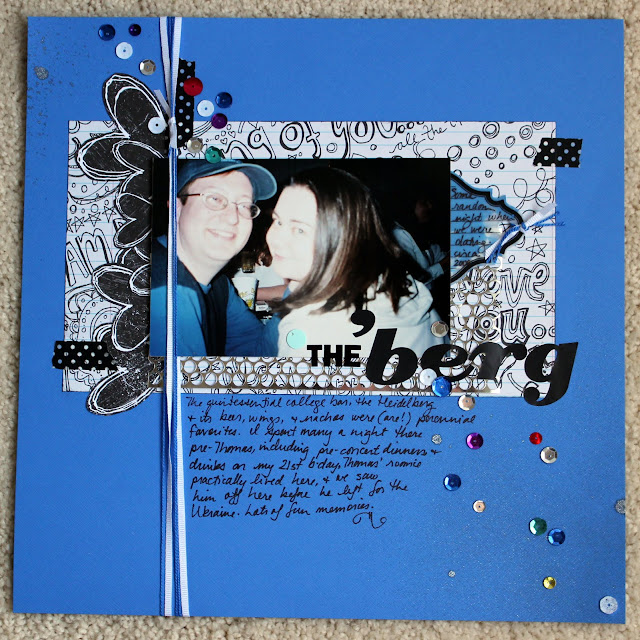 Amy over at 4x6Photo Sketch Blog had a giveaway and I just found out I won! :-)  To celebrate, I found a one photo sketch on her site that I liked and whipped up this layout one night after Bubby went to sleep.  Funny story about that…  The next morning I showed it to T, and uh…  it turns out that this picture was NOT taken at the Heidelberg.  ::blush::  It was taken at John’s Upper Deck, in KC!  Not even in Columbia!  ::double blush::  Whoops.  He suggested I fix it by adding a little strip directly above the title that reads “reminds me of…”  HAHAHA  I might! 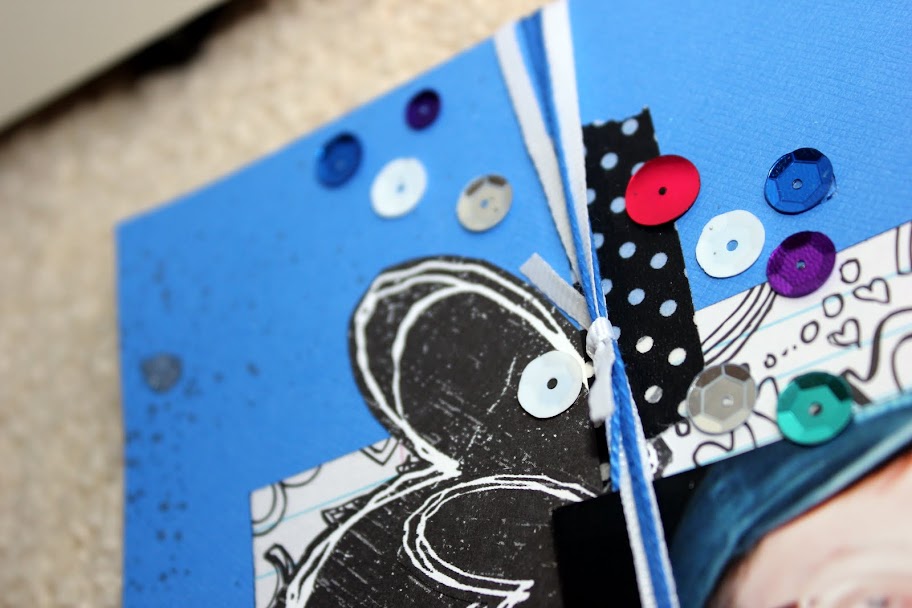 Anyway, I used some older products but tried to mix in some new stuff and techniques to update them a bit.  The main paper is some very old Love, Elsie, with some older AC letter stickers, silver punchinella, and Maya Road sheers for the journaling.  All older stuff that was trending at least 4 years ago…  The new stuff I added was wrapping the ribbon and floss around the layout, similar to how designers are wrapping twine around everything nowadays.  I also added some bling by using sequins like confetti, a current popular trend, and adding some Studio Calico silver spray ink along the same line.  The last trendy item–can you spot it?  I finally caved and bought some washi tape.  It was less than $2 for the roll, and you know how I am with polka dots, I’ll definitely use it.

This is the sketch I used–I changed up a few elements.  First, I rotated it.  Next, I subbed washi for staples, and fussy-cut hearts for the scalloped border strip.  For the long thin line, I used the wrapped grosgrain and embroidery floss.  I kept my background as one solid color cardstock sheet (LOVE that color, Bazzil Blue Jean), added some sequin waste (or punchinella, whatever you’d like to call it) and I didn’t get all layered with the title.  Loving this layout, and hate that I messed up where it was taken at!  LOL 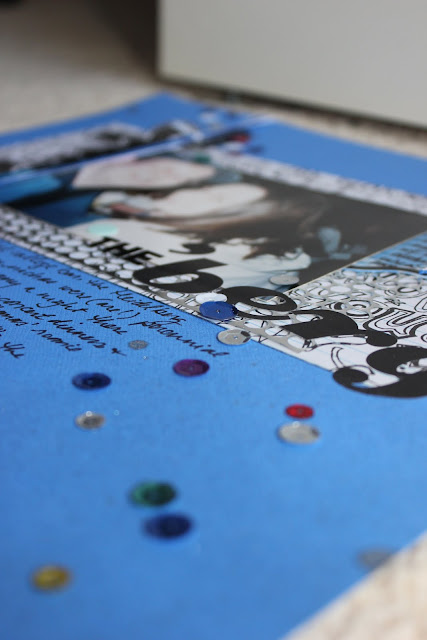